Move On and Go On!

I’ve been through a lot this year if I would say. Canceled graduation ceremony (refer to “Wisuda yang Terdisrupsi”) and people who brought negative vibes to me and lead me to mental exhaustion and to the brink of losing myself. It feels like I wanted to move on in life, but I kept getting stuck.

People who have known me for a long time must have known that I am not a K-Pop fan, and I didn’t follow any Korean trends to the point of being oblivious of it. However, this year I found myself listening to a lot of songs from a Korean boy group called Stray Kids. I can relate to one of their songs, Levanter. Stray Kids "Levanter" Poster, retrieved from Soompi, credit to JYP Entertainment.
When I heard it for the first time, it felt like a catchy song with a deep meaning. Later, I found out that this song is the title track for their mini-album, “Clé: Levanter”, which was released just after one of the members left the group. For hardcore fans, I know that it must have been devastating, and the remaining members needed to work hard to re-record some of their tracks. For me, at that time, this song might become their reminder to move on to the next stage of their career.

Getting on to the lyrics, I think this song has a layered meaning, with “letting go” as the main theme. Letting go of who? It could be toxic relationships and people, false hope, or your old self. It can also symbolize the struggle of rising from a mental breakdown. One thing that I learned from this song, to be strong to go on facing the future, you need to let go of something that’s tying you up, and you need yourself to rise.

What does the Bible say?

There are two stories I remember in the Bible in terms of moving on.

The first story was King David’s consequence of his adultery, his infant’s death. When the child fell sick, David mourned day and night, pleading to God to save him. But when the child was dead, David got up and ate. That is an uncommon thing to do in Jewish custom when a person is mourning the death, and of course, the palace staff got confused with David’s action. But what did David say?

David said that since his child was dead, he knew he couldn’t bring him back again. He accepted that God had made him go through this event, and by that, he learned something through his mistake. He learned to get through it all and remained faithful to God, both as the King of Israel and as a human being. Photo by Joshua Earle on Unsplash
The second story happened after Jesus’ ascension, as recorded in the Book of Acts. I read an article, “Mengapa Kamu Berdiri Melihat ke Langit?” that discusses this particular story. The writer said that the disciples were in awe of Jesus’ glory as He ascended, that they had to be reminded by “two men in white clothing” to do their calling and spread the Gospel.

I wanted to see another side of this story. Before Jesus left, they asked Him:

“Lord, are You at this time reestablishing the kingdom and restoring it to Israel?” – Acts 1:6 AMP

This could imply that they still wanted Jesus to help Israelites to be free from Roman’s oppression. They must be reminded that Jesus’ mission on Earth was more than that, and as He finished his job, He delegated it to His disciples. This was why Jesus encouraged them and promised to be with them.

After Jesus left the earth and the disciples were reminded of their calling, they immediately went back to Jerusalem.

“Then the disciples returned to Jerusalem from the mount called Olivet (Olive Grove), which is near Jerusalem, [only] a Sabbath day’s journey (less than one mile) away. When they had entered the city, they went upstairs to the upper room … All these with one mind and one purpose were continually devoting themselves to prayer.” – Acts 1:12-14 AMP

They knew of their calling, they didn’t stick themselves in grief and fear, instead they prepared themselves for the time they received the Holy Spirit. They moved on and did their calling. History remembered them as martyrs and heroes of faith. 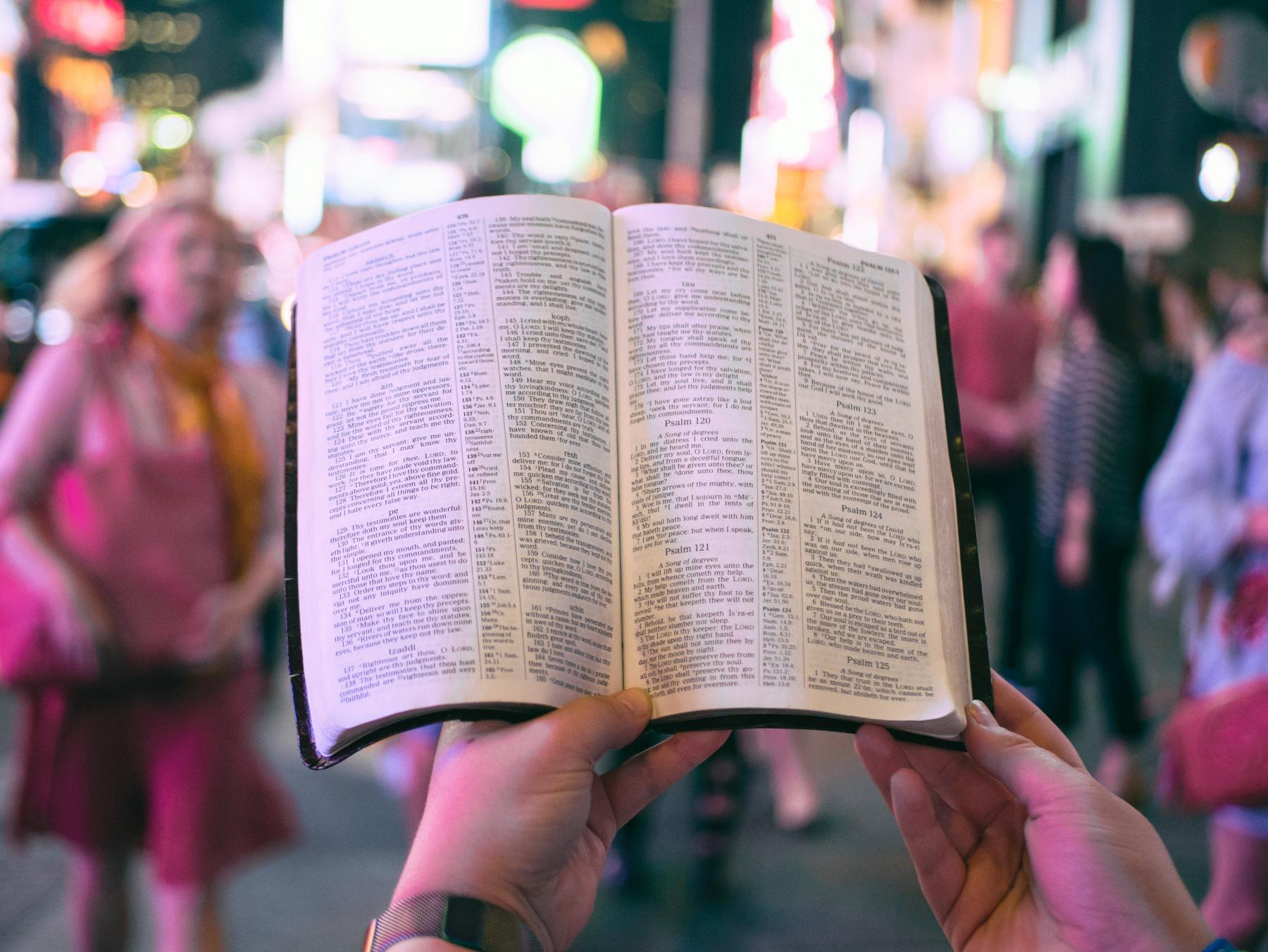 Photo by Aaron Burden on Unsplash
Up until now, I’m still struggling to cope with bad events that happened to me recently, but as I learned from David and the apostles, I know I can move on, go on, and eventually be a better me. This article is also for those of you who want to break free from toxic relationships, move on from bad memories, rise from mental issues, and to be a better you. I know that you are strong enough and you can do it.

I wanna be myself아직 낯설다 해도 (Even if it’s still strange) 널 벗어난 순간 내가 보여 (As soon as I broke away from you, I can see myself) 모든 게 다, 눈앞이 다 (Everything, all before my eyes) 이제는 알겠어 (Now I know) 내게 필요했던 건 나란 걸 (The one I needed has been me) 내 두 발이 가는 대로 걸어가 (I walk as my feet take me)I feel the light, I feel the light

TAG: moving on, be yourself, english article, ignite for everyone

Best Regards, Live Through This
Devotion : Act of Loyalty

moving on be yourself english article ignite for everyone

Art, Live Through This
Tangan Kasar-Nya

Going Deeper, Live Through This
#SPY3 – They’re One of a Kind!