This is a story about how Gereja Kristen Indonesia Cianjur (Indonesian Christian Church; GKI Cianjur), with its 561 members (0.02% of Cianjur population), is trying to light the corner where it was placed and how God is abling this small fellowship to share His love!

Church as a Public Space

Adiprasetya and Sinaga, on the other hand, have a similar critique on how the understanding about the church as a public space hasn’t been fully understood by local churches (grassroots community). They have identical criteria for how a church can be seen as a public space. Sinaga uses Jose Casanova’s writing, and Adiprasetya uses Jurgen Habermas’ Translatability, Cornel West’s Propheticity, and Judith Butler’s Cohabitation. In short, what makes a church a public space are:

By using the criteria above, I argue that GKI Cianjur has fulfilled it all amidst many challenges.

GKI Cianjur and Its Context

Cianjur is a regency located in West Java, Indonesia, where GKI Cianjur is. Our little church was established on 19th November 1953 and has been there for 68 years. Initially, our history stretched back to 1863 when C.J Albers (NZV Missionary) went to Cianjur and baptized Ismail and Murti. This is the beginning of Gereja Kristen Pasundan Cianjur, which consisted of Sundanese and Chinese.

Missionaries faced many difficulties evangelizing Sundanese because they were closely tied to Islam. Hendrik Kraemer wrote, “(West Java) a desert, a spiritual Nova Zembla for the [first generation of] Christian missionaries”. 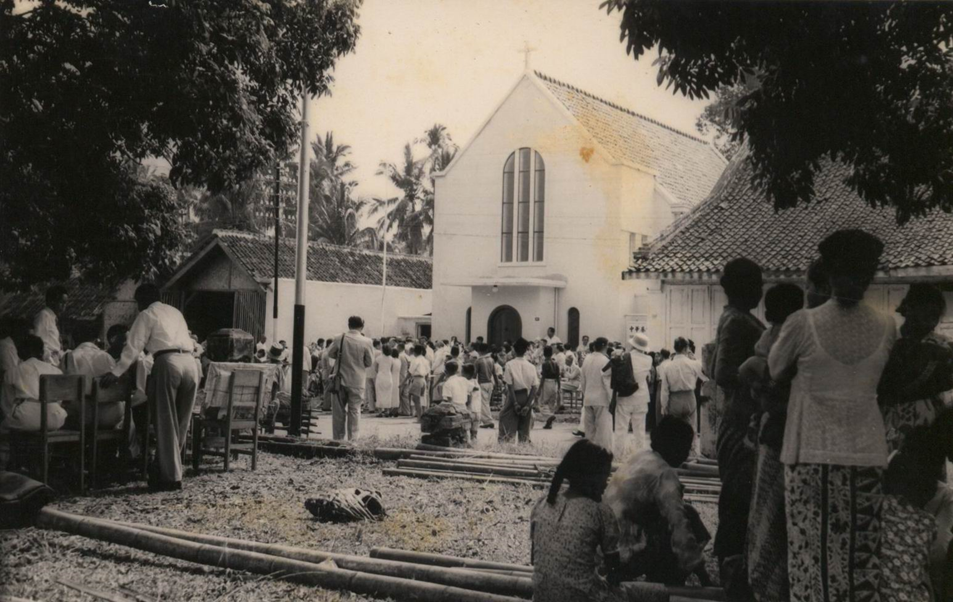 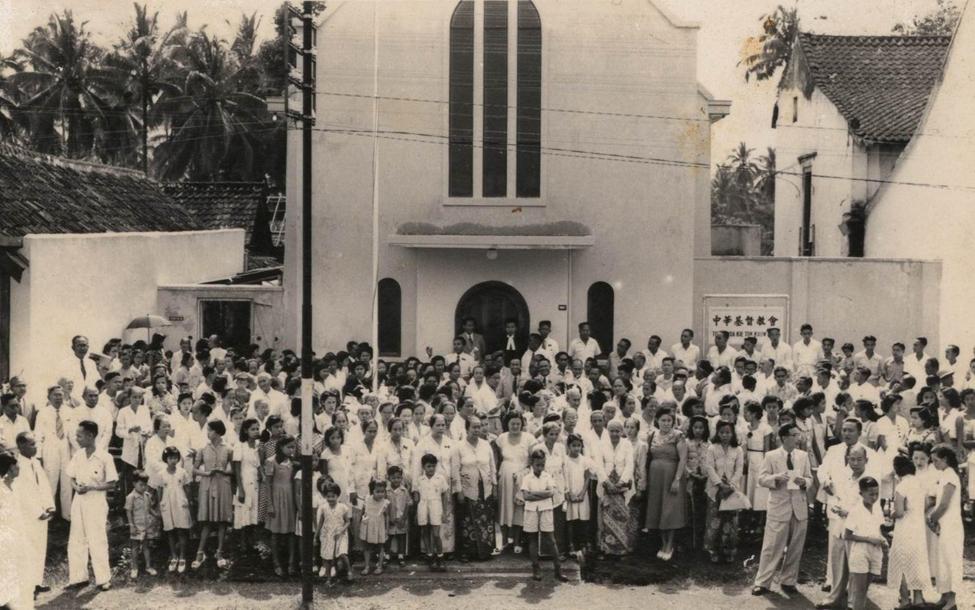 GKI Cianjur’s Endeavor to Brighten the Corner Where it Placed

Nothing much has changed since the first couple was baptized in Cianjur in 1863, with 2021, Christian is still a minority in Cianjur. In this somewhat barren corner, GKI Cianjur is striving in its endeavour to share the light. GKI Cianjur, in the past few years, has done and is still doing several programs. Some of them are free ambulance service, house of education for children around the church, giving funds for people around the church to start small businesses such as fruit sellers, becak drivers, building a guest house for the sick, fundraising with Banser NU[2], and many more.

This place was established on 28th August 2012 to provide free education for people in Ciranjang (part of Cianjur) without seeing their background. Some children can’t read but are always promoted to the next grade in school, and their parents can’t help their children to learn at home.

In the beginning, the people who lived near Rumah Belajar were sceptical because a priest (Rev. Hendra from GKI Cianjur) proposed this activity. They were worried that their children would become Christian. In the end, they agree to the proposal and let their children learn in Rumah Belajar. As time goes by, the educator is from the church and Muslims who were educated in Rumah Belajar in the past years. Six youth were also given partial scholarships to continue their university studies to become better educators for the children who are still learning in Rumah Belajar. Rumah Belajar get their needed fund from GKI Cianjur and support from other GKI. 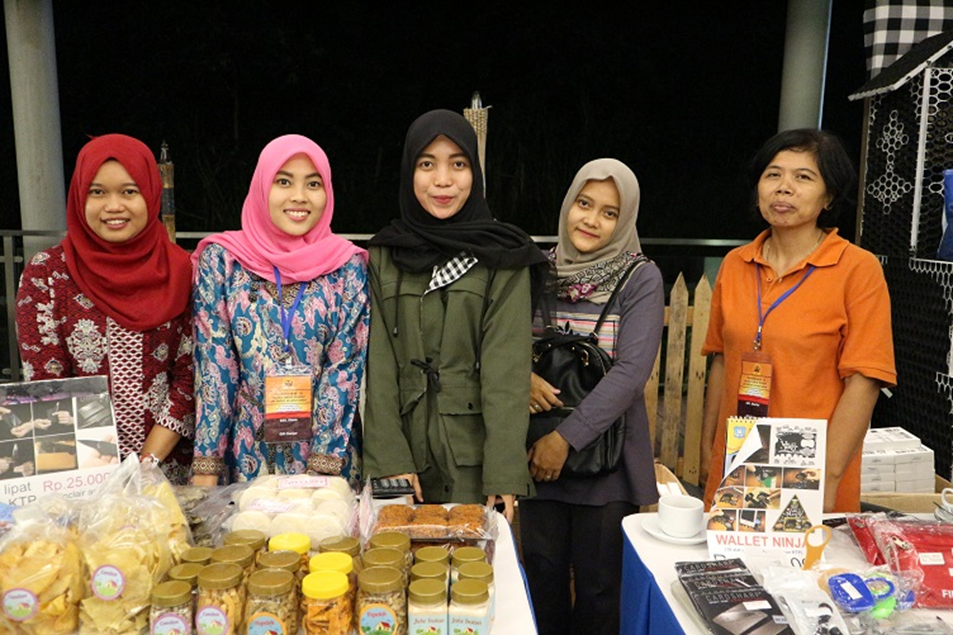 Some of the Educators selling food to fund Rumah Belajar

GKI Cianjur’s dream was to have an ambulance to help people who need it in Cianjur. Ambulance for transporting the sick or hearse to carry the body of a deceased person to the funeral was expensive to people in Cianjur, even for some of them, was a luxury thing. On easter 2017, GKI Cianjur held crowdfunding and finally got one ambulance and one used hearse by God's grace. For information, the average budget for Christmas in GKI Cianjur was around 15-20 Million Rupiah (1,000-1,400 USD). The cost needed to get two ambulances were approximately 400 Million Rupiah (28,000 USD; budget for 28 years of Christmas in Cianjur). 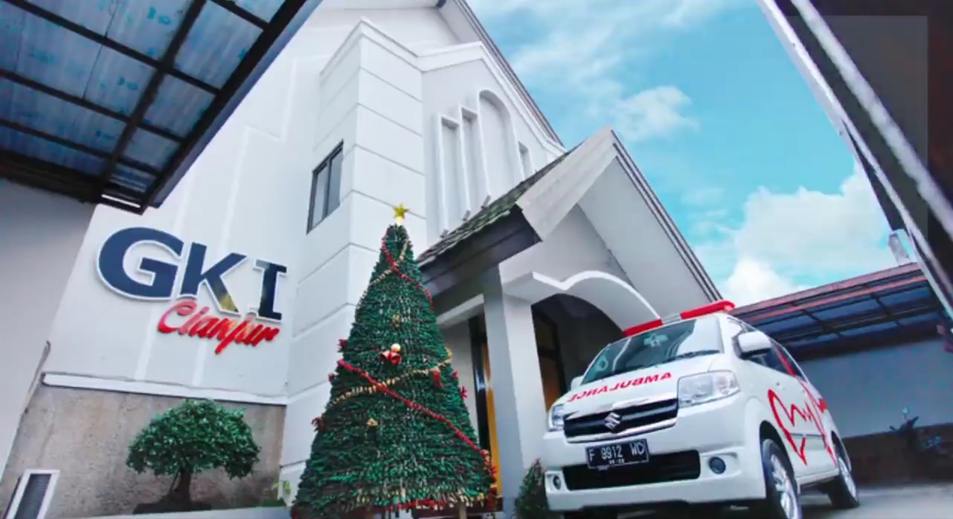 Since 2017, a team of volunteers was made. They are the ones who did all the services to the public. They are ready to escort the sick or the deceased 24/7. They are not only escorted around Cianjur but also to other places that are hundreds of kilometres away. Sometimes some people were needed to go to a better hospital in a bigger city or sick people far away from Cianjur who needed to be taken to hospital in Cianjur. We can see the documentation of their journey and reflection on this page. 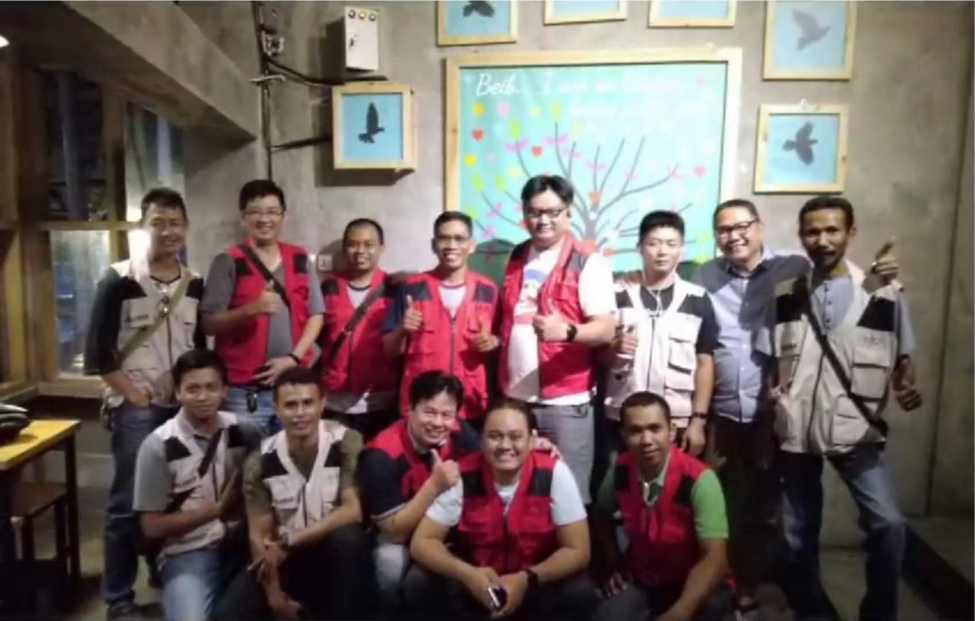 Sadly, in July 2021, the ambulance got into an accident and can't be used. 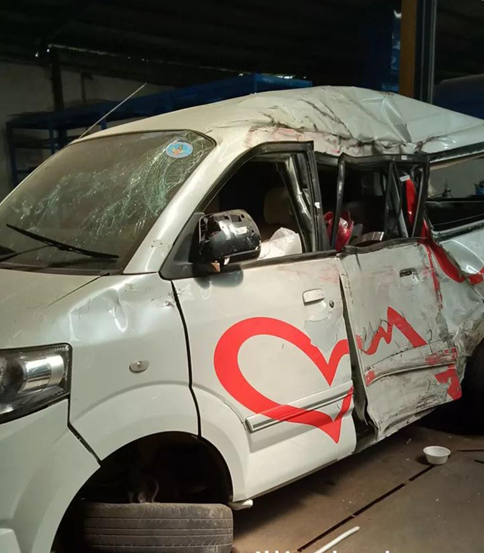 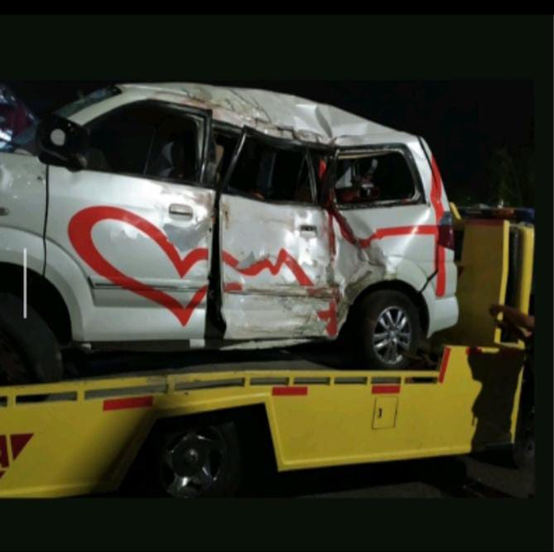 But, by the grace of God, GKI Cianjur got new ambulance as a replacement. 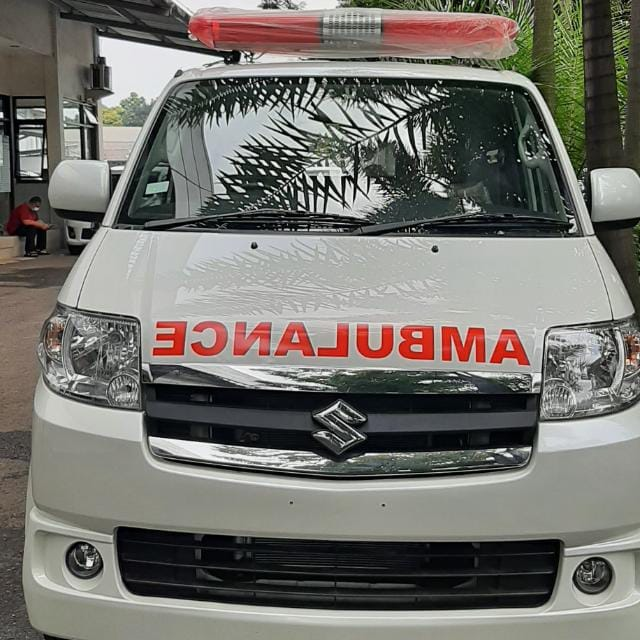 GKI Cianjur started it by going around Cianjur City once a week, every Saturday, searching the place where the homeless slept, becoming friends with them, hearing their stories, accompanying them, giving them food for tonight. As time goes by, not only food but also several other helps that were provided by GKI Cianjur. Some homeless people were given funds to start their businesses as fruit sellers. Others were given medicine when they were sick. Some of them who had mental issues were taken to the psychiatry ward, and others were reunited with their families. 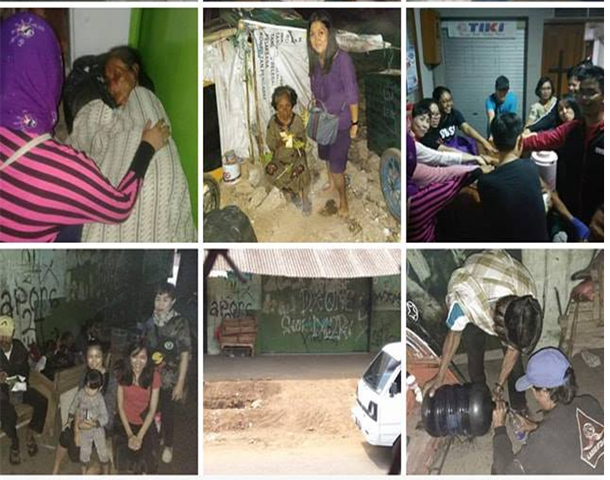 The other problem they faced was their right to get free medication from the government. In Indonesia, people can get free medical treatment if they have a BPJS card, and for getting BPJS Card, they need to have Identity Card (KTP), and an Identity Card needs an address of living. As they are homeless, they didn’t have any address, so they couldn’t get their ID Card so did their BPJS card. S3 community helped them solve this by addressing the local government to help them. 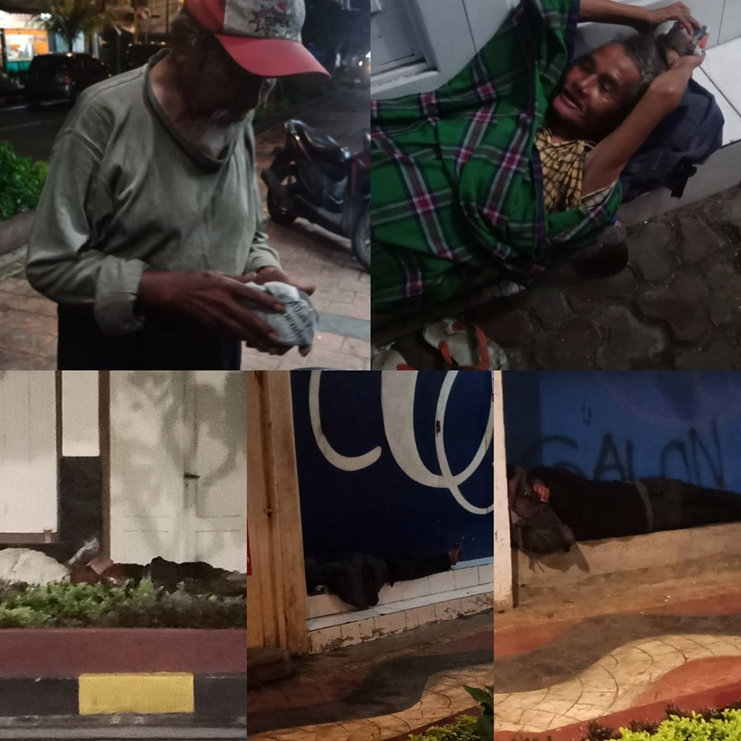 Many stories have been shared from 2017 until now. Why are they homeless? Some of them were chased out by their family, some had mental issues, their parents threw some out, and some only got 5,000 Rupiah each day (0.3 USD) to feed their three children. Even a 1-litre bottle of drinking water costs around 5,000 Rupiah and one portion of plain rice without anything around 3,000-5,000 Rupiah. GKI Cianjur, through S3 Community, tries to be their best friend by being there for them.

For the last year, S3 is still sharing food for the homeless amidst the pandemic. But the difference is S3 invites the homeless to take the food in GKI Cianjur. 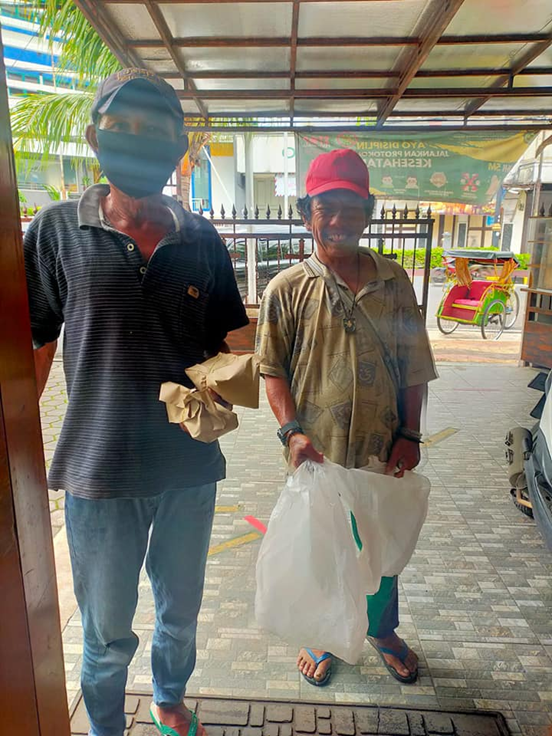 We can see the documentation of their journey and reflection on this page.

As Priest, GKI Cianjur has opened their door to build discussions with realities/ the others around them. GKI Cianjur opened room for conversations with language that the others could understand. We can see how GKI Cianjur can convince people to accept Rumah Belajar or raise funds together with Banser NU.

As Prophet, GKI Cianjur is searching for answers to everyday difficulties. From education for children, transportation for the sick and the deceased, food for the homeless, a place to sleep for strangers, and opening their door for everyone, including other closed churches.

As Bestfriend, GKI Cianjur opened themselves to meet with realities around them. GKI interact and lives with the children who need education, the sick who can’t pay for their transportation, the deceased that needed to be brought to their resting place,  the homeless who didn’t have a place to sleep and food to eat, and people who have different religion and worldview.

Mat 5:15  Nor do people light a lamp and put it under a basket, but on a stand, and it gives light to all in the house.

Mat 5:16  In the same way, let your light shine before others, so that they may see your good works and give glory to your Father who is in heaven.