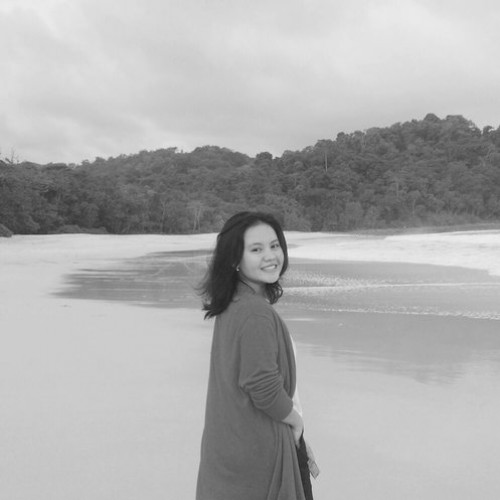 "The most important arguments regarding the environment must begin with the premise that we are commanded to love others as we love ourselves." - John Piper

Water covers 70% of our planet and it is easy to think that it will always be plentiful and will not become scarce. However, freshwater—the liquid thing we drink, bathe in, irrigate our farm fields with—is incredibly rare nowadays. Well, Earth may be covered in water; but freshwater — the kind we care about — actually only represents 2.5 per cent of that. And almost 99 percent of freshwater is trapped in hard-to-reach places like glaciers and snowfields. In the end, less than one per cent of the planet’s water is actually available to fuel and feed the world’s 7.5 billion people.

Water scarcity already affects every continent. Based on data from UN which is found that around 1.2 billion people, or almost one-fifth of the world’s population, live in areas of physical scarcity, and 500 million people are approaching this situation. Another 1.6 billion people, or almost one quarter of the world’s population, face economic water shortage (in which countries are lacking the necessary infrastructure to take water from rivers and aquifers). Inadequate sanitation is also a problem for 2.4 billion people—they are exposed to diseases, such as cholera and typhoid fever, and other water-borne illnesses. Two million people, mostly children, die each year from diarrhea diseases alone.

Many of the water systems that keep ecosystems thriving and feed a growing human population have become stressed. Rivers, lakes and aquifers are drying up or becoming too polluted to use. In Indonesia, especially in Gresik, East Java struggles to avoid the contamination of pollution on the water. In Batam, the mayor of the city released a shocking info on 2015: Batam would be facing water shortage by 2020. Today, more than half the world’s wetlands have disappeared. Scarcity has largely been driven by an ever growing population and a greater demand for water as the world has become more affluent. Agriculture also consumes more water than any other source and wastes much of that through inefficiencies. Climate change is altering patterns of weather and water around the world, causing shortages and droughts in some areas and floods in others.

Water scarcity is among the main problems to be faced by many societies and the World in the 21st century. Water use has been growing at more than twice the rate of population increase in the last century, and, although there is no global water scarcity as such, an increasing number of regions are chronically short of water. There is enough freshwater on the planet for seven billion people but it is distributed unevenly and too much of it is wasted, polluted and unsustainably managed.

Water will be continuously disappearing if we do not take action to avoid that tragedy to happen. Our action that simultaneously we do from now on will make impact to the future. Gandhi, leader of the Indian independence movement and activist, once said that “The future depends on what you do today.” From it we can conclude that every action we gather to sustain the water today will affect our future. The main question appears, what should we do to prevent it to happen?

First thing first, let’s see how countries all around the world overcome the problem.

Cape Town, US: Tell people how much water they really have

In order to solve the problem we have to acknowledge that we have one. When it comes to water, people can easily turn up blind and thinks that they have a lot of water. Most of people pretending that as long as the water from the mountains is still remaining to provide water everything will be going just fine.

Cape Town's Water Crisis Warning on Emergency (Image from google photos)One of cities that's facing water drought, Cape Town in the US, had adopted a strategy from Melbourne to put up a sign indicating how much water they really have. The large electronic billboards in the free-way indicates how much water they have left in the city. The city didn’t yell at people, they use electronic billboards to increase the sensibility and awareness on its citizen. The strategy leads to encourage people to decrease water use which later can impact to water sustainability.  In Batam, the mayor publicly declares on the media about the struggle. The publication leads its citizen to change their behavior on using water.

Australia: Empower people to save water

From 1997 to 2009, Australia faced the worst drought in the country’s recorded history. In Melbourne, a city of 4.3 million people located in southeastern Australia, water levels dropped to an all-time low capacity of 25.6 percent before the drought eased. Since then, Melbourne wants people to spend less water at their home. And one way to do that is spending less time on the shower. To make that dream come true, the city starts on offering water-efficient showerheads for free. It uses less water than standard models without sacrificing performance which also helping us conserve water and saving on energy. By that, Melbourne succeeded on reducing water demand per capita to 50%. Moreover, in the UAE, the world’s second most water scarce city, the officials designed something which they called ‘the business heroes toolkit’ in 2010. The aim was to motivate and empower the businesses to reduce water and energy consumption.

Singapore: Water savings can come from unexpected placesSingapore is the 8th of the scarce water in the world; it depends on imported water for almost 60% and the country needs to use much space to catch rainfall. Since 2008, Singapore built the Marina Barrage. It is the first urban water reservoir built in the center of the city. It becomes the largest water catchment in the country. An intrigued thing about Marina Barrage is that it has been built to make the maximum use of its large size and its unexpected yet important location.

It brings 3 valuable benefits for Singapore, first, it has boosted Singapore’s water supply by 10%; second, it protects the low land area from floods because of its connection to the sea; and third, as a lifestyle attraction for citizen and tourists, it hosted several events, from art exhibition to music festival and attracts joggers, bikers and tourists all around that area.

Furthermore, the locals in Namibia, one of the most arid countries in Southern Africa, have been drinking recycled water since 1968. They look beyond the surface to save water. They are now as a great example for many countries to purify water to drinking standards.

From the explanations above we can learn that the rich-watered country such Indonesia doesn't have to reinvent the wheel, such as inventing new programs, in order to save water and energy. Indonesia can simply look and learn from what the poor-watered countries have done.

Next, what should we do to make a change?

Most of us spend so many times to bathe. The majority of women think that shower is not only just for cleansing the body. It is also a sanctuary. As a result, we don’t realize how much water we had wasted just for a shower. Just imagine, how much water will be wasted away if we shower 3 times a day in a long period of time? Can you ever imagine or think about that? That’s why it is important for us to spend less time on shower in order to use less water. We have to think ahead. Decreasing time on showering yourself will bring a massive impact for the future. Then, another thing that is also important that we have to accustom ourselves to always use full loads in your washing machine and dishwasher – this may cut out unnecessary washes in between. Moreover, I think we can simply save our country from water scarcity by simply reduce our lifestyle on consuming much coffee, tea and any beverages.  By doing those small action, we will not only reaching our goal on saving water, but, it also decrease our budget expense and build a better health by decreasing sugar consumption.

Remind your surroundings to always save water

Socializing the importance to save water will take a long time. But, in order to make the dream come true, we have to do any possible ways whatever it takes. By easily reminding your family to turn off the tap while washing face or brushing teeth, this can save 6 liters of water per minute.

Watering Can (image from google photos)

Furthermore, tell also your family, especially, your grandma and mother to water garden with a watering can rather than a hosepipe because a hosepipe can use as much as 1,000 litres of water an hour. Mulching your plants (with bark chippings, heavy compost or straw) and watering in the early morning and late afternoon will reduce evaporation and also save water.

Well, those steps which mentioned above will be helping us to conserve water and save energy consumption. Be brave enough to start taking a small step and do not give up on things that you do for good.

Why do we have to do that?

Well, just know that preserving the environment means practicing The Great Commandment that Christ revealed to us

Yes, you don't read it wrong. That is true.

John Piper in an interview session in 2010 stated that the most important arguments regarding the environment must begin with the premise that we are commanded to love others as we love ourselves. We care about clean water, a beautiful environment and save on the use of plastic because we love others, including the next generation (children, grandchildren, great-grandchildren) and society in general. Pure because we want to reduce suffering - especially suffering that is eternal. For example, you drink dirty water contaminated with waste, then, you will experience dysentery, and eventually die. Think about it and pay attention to our actions towards the environment so far?

Every action we take has a real impact, as if we dispose of garbage carelessly and then the garbage is carried downstream, and causes fish to die and the entire ecosystem is damaged. Our main reason for caring for the environment is love for our fellow humans, not love for the Earth because the Earth belongs to God with all its fullness. Remember, that the Earth we live in belongs to Him and the Earth was created by Him to serve humans, creatures that are shaped similarly and in His image.

So, thus, it is an obligation for us to maintain the diversity of God's creation. As a creation that has been redeemed by God, have we realized our responsibility as His creation that is mandated to preserve His other creations? Remember always that by destroying the Earth, it means we also hurt other people. If you take one or some actions today, you can save future generation into a better lives.