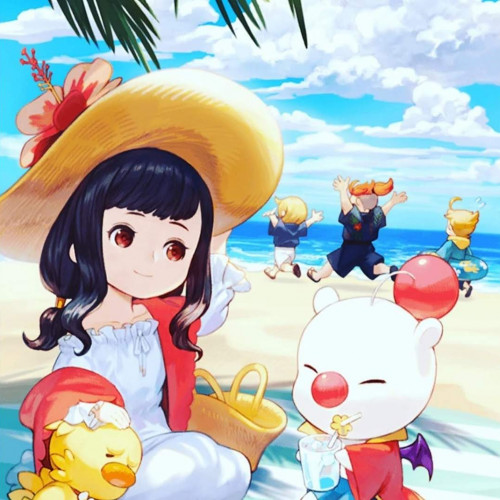 "If you hadn't... Lied to me at that time... I'm sure I would have become so distraught, it would have made things worse." - Mint Adenade (Tales of Phantasia 2006)

We all know, lying is sin. In fact, it is part of God’s ten commandments which were first said to Moses from God itself. Sure, no people like it when they need to hear the truth that something is going wrong, just like the phrase: “The truth hurts”. However, I am sure that most people would hate more if they are lied to. As they hear the truth (usually from somebody else), they wish that they know the absolute truth earlier, instead of people sugarcoating/downplaying the truth. 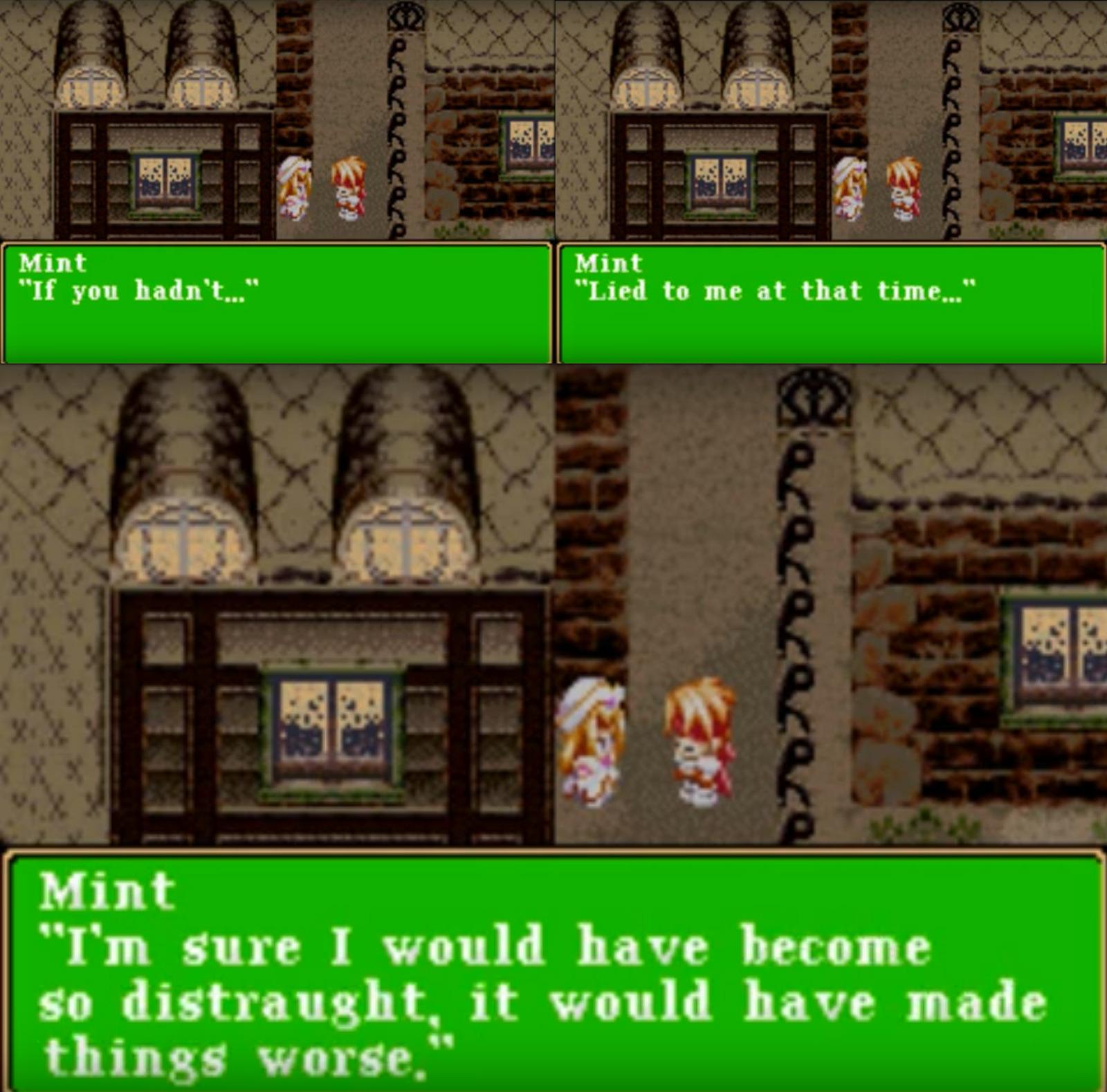 An example where lying can be seen as ‘beneficial’ (Allstarknight, 2009)

However, as seen in the series of pictures above, sometimes people feel that it can be actually beneficial to lie. These kinds of lies are called ‘white lies’, when people lie in order to spare someone’s feelings. People telling the lie are afraid, what if they severed their friendship / relationship with that person because of the harsh truth being told? What if I hurt their feelings so badly? Also, what if they lashed out to me? So many horrible things may happen if we decide to tell the truth.

So, when are the situations where we are tempted to lie?

There can be many reasons why people tell a white lie, and I have come up with at least three reasons why: 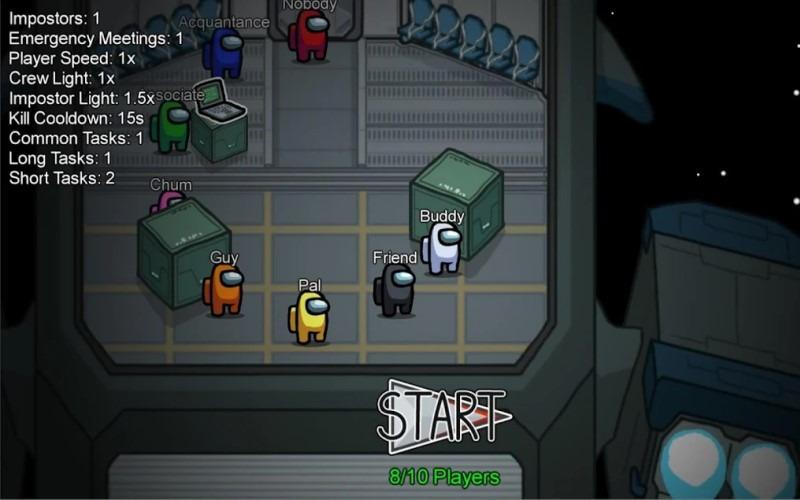 I am sure that you have heard about the ‘Among Us’ game right now, as shown in the screenshot above. For those wondering, ‘Among Us’ is a game where we play as either one of two roles, the crewmates or the imposters. The crewmates will attempt to complete given tasks, while the imposters, disguised as the crewmates, will slyly sabotage the crewmates’ attempts in finishing the task. Now, I have never played ‘Among Us’ before, since I do not consider myself to be a good ‘liar’ in these kinds of games. However, we do need to sort of lie when playing as imposters in ‘Among Us’, so that the crewmates will not know that we are in fact, the imposters, and hence, win the game. If we do not lie, then the game will become much less interesting, and the imposters will surely lose.

This is especially prevalent in mother-child relationships. As a toddler, our mother usually assured us that she had never been tired in taking care of us whenever we were concerned about her. In reality, our mom stayed up until midnight to make sure our needs were fulfilled when we were still kids, even though that means our moms’ sleep schedules became messed up. Not only that, but our moms are expected to take care of household chores when they do not work at the office. This is supported by research conducted by Lupoli, Jampol, and Oveis (2017), in which it is revealed that people who feel more compassionate to their friends are more tempted to tell little white lies.

But, are white lies allowed in the Bible?

From the examples above, people sometimes lie, and sometimes with good intentions. However, let’s see what the Bible actually says!

Aside from God’s ten commandments alone, it turns out that other parts of the bible forbid all kinds of lies too, and yes, those include white lies. There are so many bible verses aside from God’s tenth commandment which condemn lying, and encourage us to tell the truth. For example, Ephesians 4:15 (NIV) stated that:

“Instead, speaking the truth in love, we will grow to become in every respect the mature body of him who is the head, that is, Christ”

Sure, we do not want to hurt our friends’ feelings, so occasionally, we give compliments where it isn’t totally deserved. For example, we complimented our friend’s cooking, even though it tasted horrible. The friend may feel better for a short time, but you may feel resentful for the friend because of the white lie.

Proverbs 12 even has several verses that discuss lying. One of them is Proverbs 12:19 (NIV):

“Truthful lips endure forever, but a lying tongue lasts only a moment.”

“The Lord detests lying lips, but he delights in people who are trustworthy.”

According to Grudem (2018), God cannot lie. In fact, God wants us as humans to follow the image of God. One of the things we can do to replicate the image of God is just speaking the truth, even if it may hurt other people’s feelings. Whenever we are tempted to lie, the author believes that God should give us another way to express the truth without hurting other people’s feelings too much.

Another bible verse that discourages lying is written on Colossians 3:9-10 (NIV):

“Do not lie to each other, since you have taken off your old self with its practices and have put on the new self, which is being renewed in knowledge in the image of its Creator.”

In my opinion, Paul tries to teach us that in order for us to be renewed under Christ’s guidance, we have to get rid of all those sinful habits, which includes lying.

I think everyone has told white lies at least once in their life, as telling other people the absolute truth can have some negative consequences in both ours and other people’s lives. However, numerous bible verses have told us that lying, no matter how small it is, or how the intentions are, is still sinful in the eyes of God.

Therefore, it is important that we are honest with our words. However, the delivery of the message can be altered to make the receiver less offended or worried. For example, rather than saying that your friend’s failed meal is amazing, we can compliment their effort to make that meal, or what they have done well in that meal. Then, we can give constructive feedback on what they can do better in preparing their next food. Another example is in parenting. As parents with children, rather than saying “I am not tired”, they can rephrase it into something like “Yes, I am tired. But I do all these things so you can be more successful than we are”.

And remember, when you feel tempted to tell white lies and hence, do sinful things, just remember the quote from the picture below! 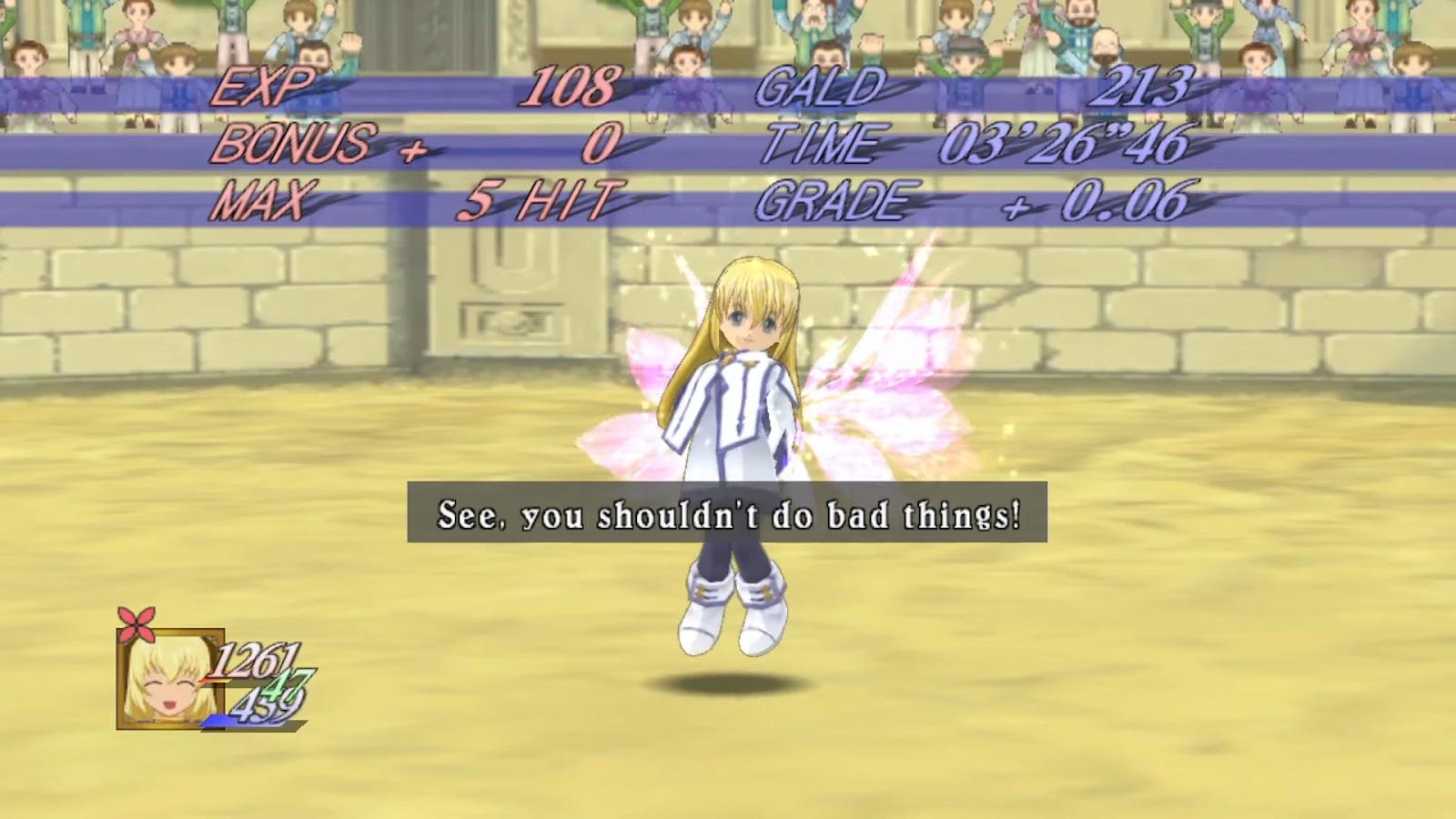 Best Regards, Live Through This
When the Friend-ship isn't Sailing Smoothly

Best Regards, Live Through This
When the Friend-ship isn't Sailing Smoothly
Just imagine, or remember, if you have this kind of story of life! One day, you met your “supp...